Aboard, you feel alive! 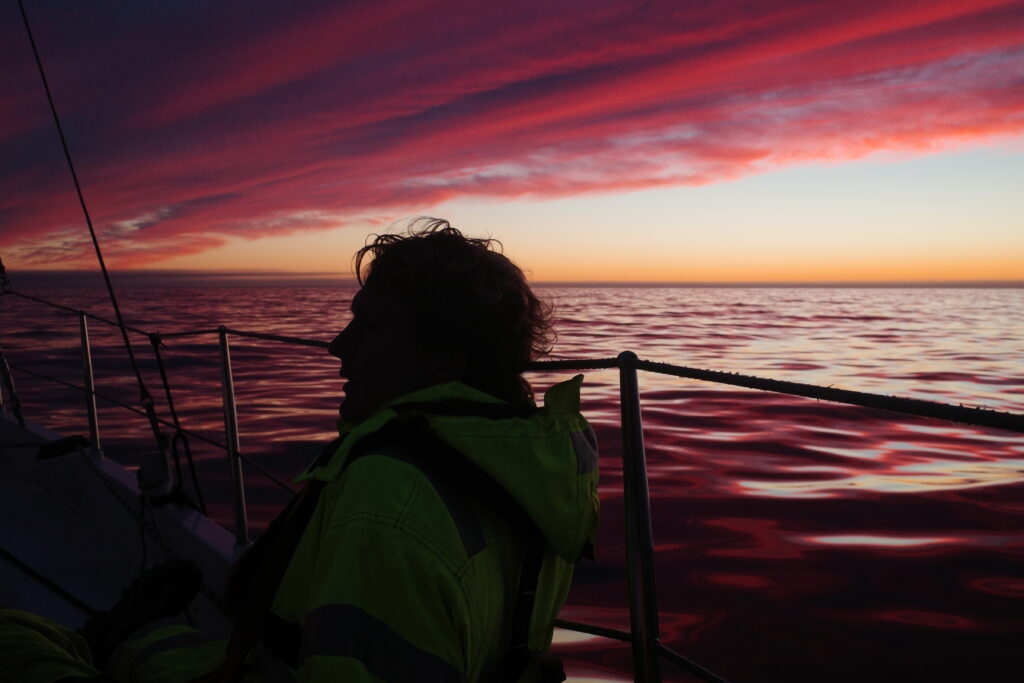 ” Aboard, you feel alive…” During week 1, the crossing from Ilulissat to Amsterdam, this was one of the many wise sayings we heard from our guests. At the time of the previous newsletter, Luuk has moored the boat in Ilulissat for the next job that had to be sailed, where Aslak, Olivier and Maarten […] 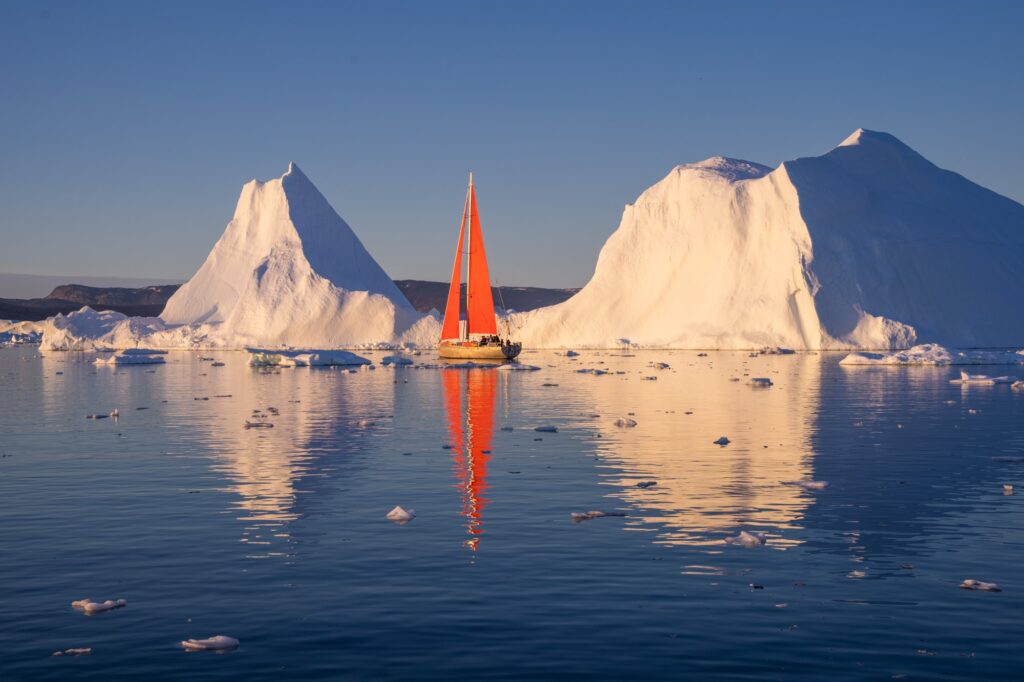 Disko Bay….! That’s right… This is not a painting but Moondance (on the left) between the icebergs in the crazy Disko Bay! At the time of the previous newsletter, the Moondance was just on its way to Greenland from Norway . June 20, Luuk, Chris, Waldemar, Brorr and Carlos left the port of Tromsø, Norway. The plan was to […]

From Finnmark to Disko Bay!? 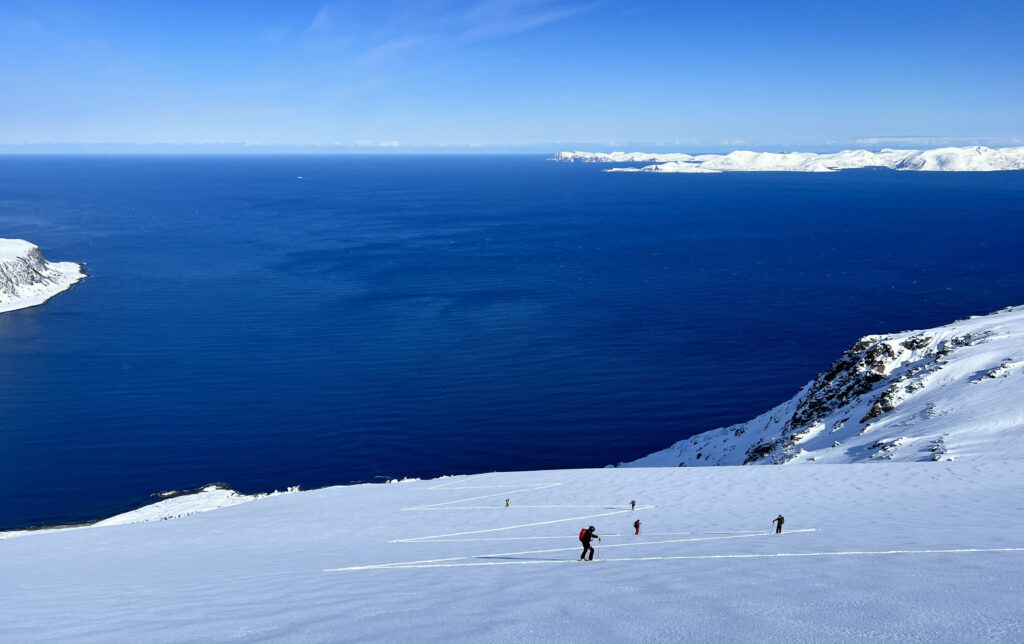 From Finnmark to Disko Bay!? At the time of the previous newsletter, the Moondance was located in the Lyngen, an area northwest of the city of Tromso. Then the sails were hoisted to sail to the last destination of the winter season: Finnmark. On May 22, the Moondance arrived in the port of Alta, the largest city […]

From the Lofoten to the Lyngen Alps!

From the Lofoten to the Lyngen Alps! In this update we look back at the first skiing and sailing weeks in collaboration with Epique Adventures. We sailed more than 1500 nautical miles and explored beautiful new areas. We started in Steigen, Ofoten and Lofoten and have now arrived in the famous  Lyngen Alps!  It is unbelievably beautiful here!  At […] 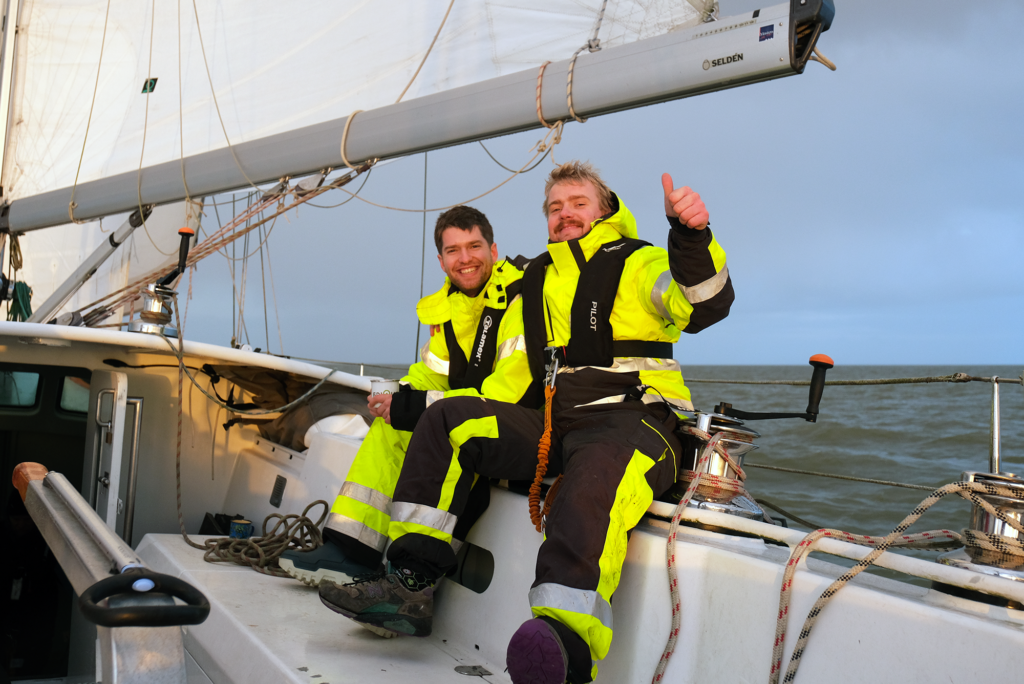 Norge fra nå av vårt hjem! You read that right… The Moondance has arrived in the Lofoten. We have completed two magical stages: from Amsterdam to Ålesund and then on to the Lofoten. A lot has happened since the last update. For the past two months we have sailed the Moondance to the far north. We took plenty […] 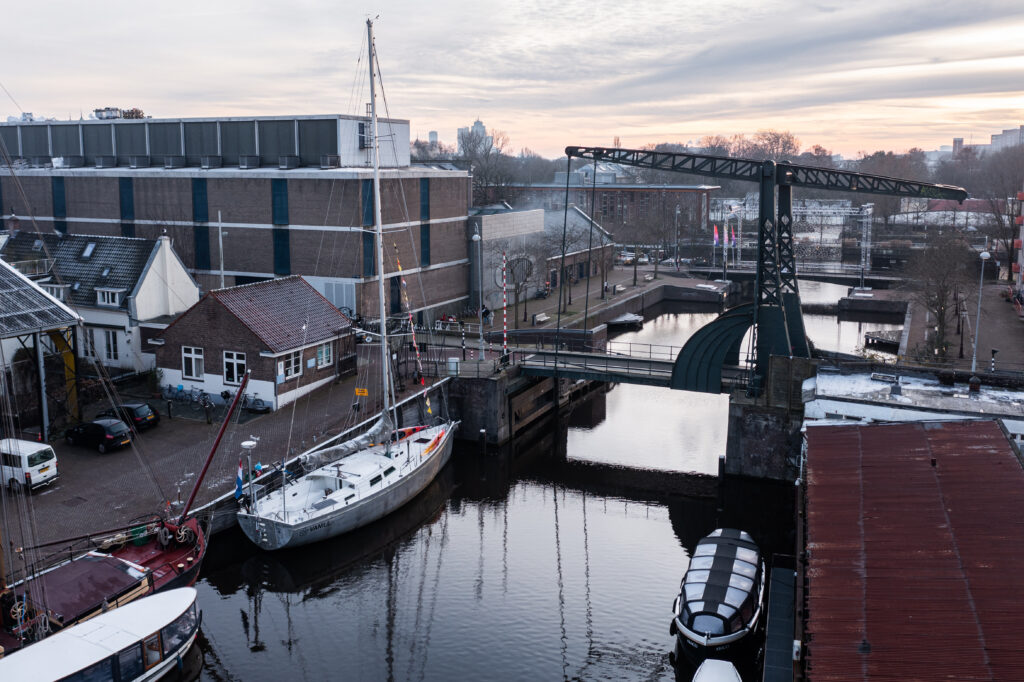 HAPPY HOLIDAYS – Moondance is ready for Norway! Over the past 5 months, a lot of work has been done on the interior of the Moondance. Only the cabin and the wet cell were half finished when purchased. Our goal for this year was to give the guest areas a perfect refit . With the […]

Sailing Taxi 2.0 – Ski And Sail Moondance First update!The Sailing Taxi started with a two-year world tour. Together with Olivier, Guus, Tom and Luuk we sailed around the Atlantic Ocean with our previous sailing ship “Whisper” for two years. During the trip we received more than 200 guests and sailed 17,000 NM together. In […]

This website uses cookies to improve your experience while you navigate through the website. Out of these, the cookies that are categorized as necessary are stored on your browser as they are essential for the working of basic functionalities of the website. We also use third-party cookies that help us analyze and understand how you use this website. These cookies will be stored in your browser only with your consent. You also have the option to opt-out of these cookies. But opting out of some of these cookies may affect your browsing experience.
Necessary Always Enabled
Necessary cookies are absolutely essential for the website to function properly. These cookies ensure basic functionalities and security features of the website, anonymously.
Functional
Functional cookies help to perform certain functionalities like sharing the content of the website on social media platforms, collect feedbacks, and other third-party features.
Performance
Performance cookies are used to understand and analyze the key performance indexes of the website which helps in delivering a better user experience for the visitors.
Analytics
Analytical cookies are used to understand how visitors interact with the website. These cookies help provide information on metrics the number of visitors, bounce rate, traffic source, etc.
Advertisement
Advertisement cookies are used to provide visitors with relevant ads and marketing campaigns. These cookies track visitors across websites and collect information to provide customized ads.
Others
Other uncategorized cookies are those that are being analyzed and have not been classified into a category as yet.
SAVE & ACCEPT